This is an all extract brew for a classic light (lite) American lager. Not technically challenging, I just fancied brewing something that was light and drinkable.

Soak the Fermus in Sodium Percarbonate for a few hours (or days). Empty and rinse with cold tap water, and allow to drip dry before spraying with Iodophor (iodine) to sanitise. Rinse with cooled boiled water after min 5 mins.

Also sanitise an "old school" HDPE fermenting bin this time as we're going to need two fermenters, and the funnel and filter.

There are no grains to steep for this recipe, so it's a case of bringing the water required to boiling point as quickly as possible. This is a partial boil, so we need 11.5 litres in the stock pot to start with.

On Feb 19th (12 days after starting) I started to raise the temp in 0.3C increments every ~2 hours. This was mostly because I've heard this yeast can benefit from a diacetyl rest, but also to see if I could generate any more yeast activity.

I've heard that this yeast (White Labs WLP840 American Lager) can work very quickly, but I really wasn't expecting things to happen in 3 days, and at 10C. The beer is still quite cloudy, too, which I wasn't expecting. Maybe the lagering will clear that up?

Improvements for next time

Get the latest posts delivered right to your inbox 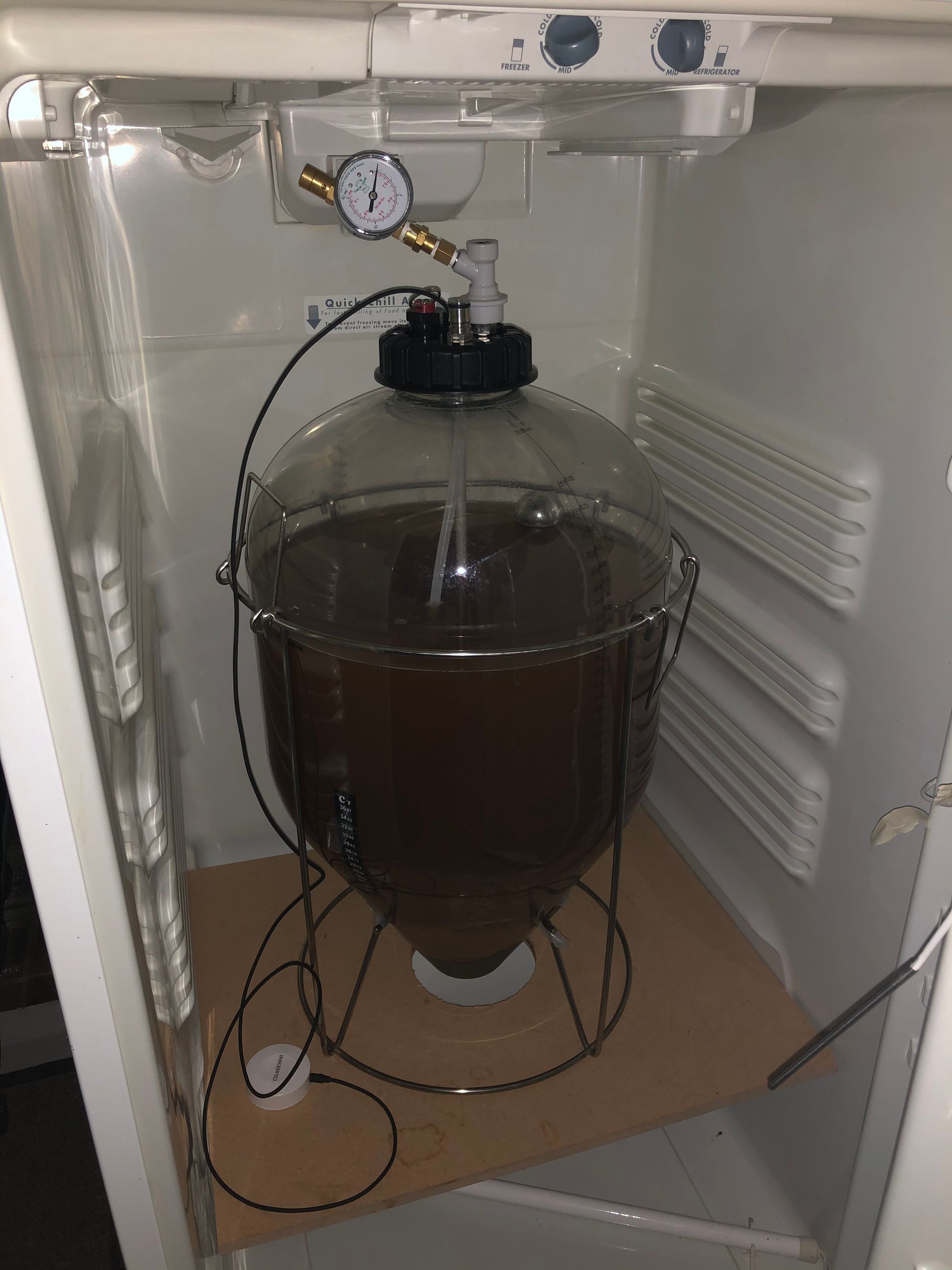 My first attempt at grain mashing, plus using liquid yeast for the first time. Let's hope this Australian Sparkling Ale is worth the effort.

Stay up to date! Get all the latest & greatest posts delivered straight to your inbox