This is a kit recipe for a Little Creatures Bright Ale clone I ordered from Aussie Brewmakers. As well as the ingredients, the kit includes easy-to-follow instructions that are described below. Within an hour from starting I was waiting for the temperature to reduce so I could pitch the yeast.

The fermenting bin was soaked in Sodium Percarbonate solution for a number of days before I started this process. This was emptied and rinsed with warm water and allowed to dry. I sprayed with Iodophor (iodine) to sanitise. Rinsed with cooled boiled water after about 3 mins.

Part of these instructions are reproduced with permission from the Aussie Brewmakers recipe.

Once the temperature was achieved I opened the fermenting bin and pitched the dried yeast onto the surface of the wort.

Improvements for next time

This was the quickest and easiest extract method I've followed, made possible by the pre-packaged ingredients - the proof remains in the pudding, but I'm confident enough with what I've smelt coming from the fermenting bin so far to have ordered my next kit from Aussie Brewmakers - their Balter XPA clone recipe kit.

I like Balter XPA. After a couple of unsatisfactory attempts previously, this time I'm trying the Aussie Brewmakers version.

It's time to transfer the Kolsch to the keg. 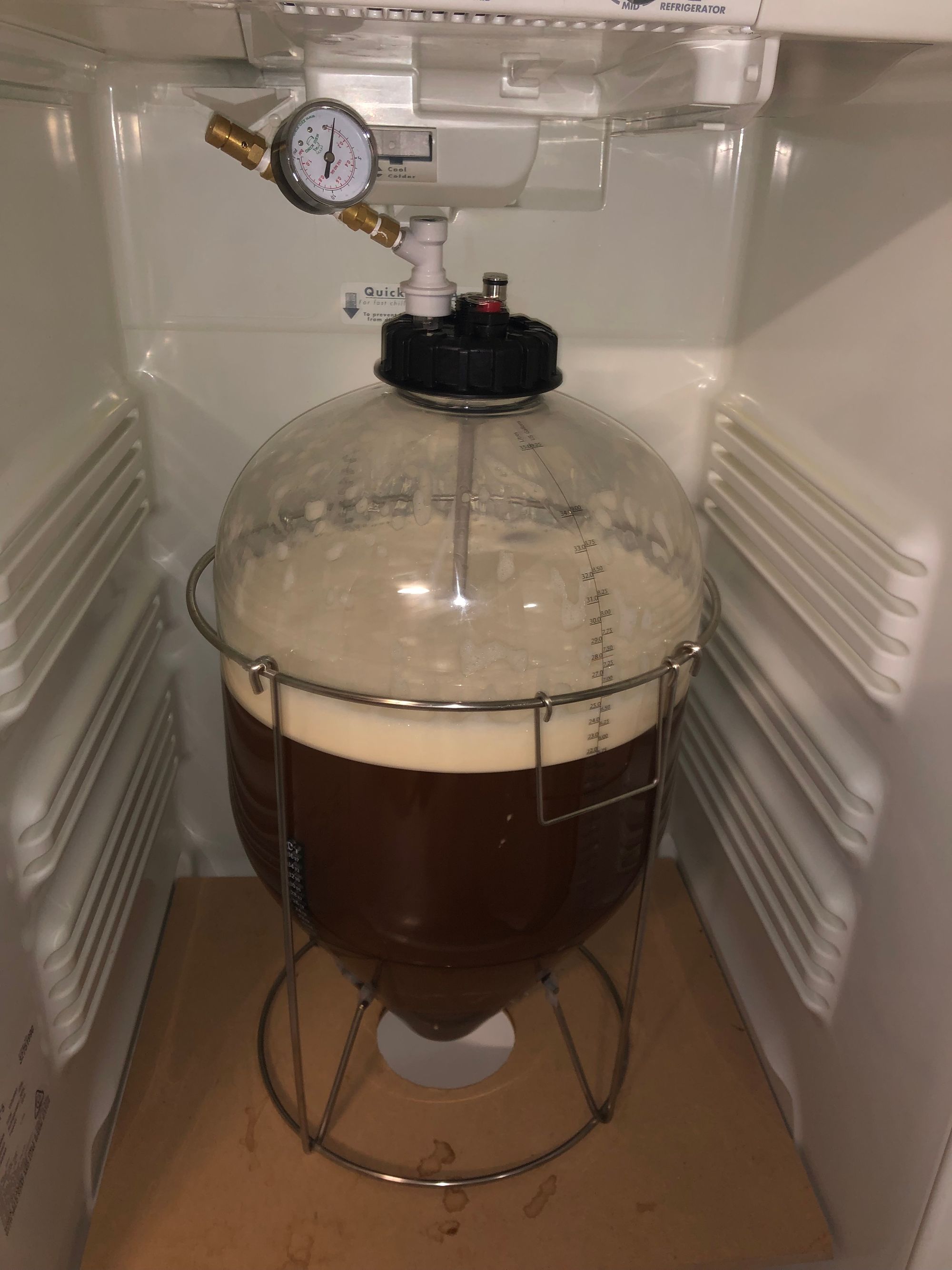 After prepping the wort yesterday, today I'm racking from the HDPE bin to the Snubby Fermus and pitching the yeast.